You are here: Home / News / Diehl enters race, Ryerson bows out of primary 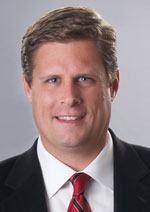 When the Massachusetts legislature returns from its August recess, state Rep. Geoff Diehl, R-Whitman, will be adding a new goal to his agenda — a seat in a new chamber on Beacon Hill. 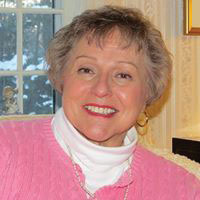 Diehl was the fifth person to announce candidacy for the senate seat, but Republican Viola Ryerson announced July 23 that she is dropping out of the race and supporting Diehl.

Ryerson, a former Hanover Selectman chairman who ran for the seat against Kennedy, said on her campaign Facebook page that Diehl is the strongest Republican candidate for the seat.

“He has the necessary exposure and funding to represent the Republican Party in this effort,” Ryerson said in her message announcing her resignation.

Hall still remains on the ballot as a Republican alternative to Diehl in the Oct. 6 primary with Lynch and Brady vying to represent the Democrats.

Brady joined the house the year before Diehl, who was quick to mention that Brady did not support his bid on the house floor to introduce a ballot question to block taxpayer funding for the now-defunct Boston Olympics bid.

“I introduced a plan to provide taxpayer protection from Olympic overrun on the floor of the house and did not get any support from the other side of the aisle,” Diehl said.

A five-year veteran state representative, Diehl said trying to switch houses was a difficult decision, but said the senate will offer him a larger platform to fight for local issues.

“Before I ran for representative, I was the Whitman Finance Committee’s liaison to the School Committee and I watched the state cut local aid and education funding and I didn’t feel like the current rep was doing enough to fight it,” he said. “Since I’ve been in the house, my decisions have reflected the mentality of fighting to keep more money at the household and local level. [Running for senate] just provides me with a better opportunity to continue that type of work.”

Diehl announced his candidacy Thursday at a kickoff rally at the Shaw’s Plaza in Brockton, where fellow state representatives and 300 supporters joined him. Following his kickoff, he has spent most of his first week on the campaign trail going door to door meeting voters as he tries to mobilize supporters quickly with the primary less than two months away.

“The biggest challenge is that this is a short election, so I need to make people aware of who I am and my candidacy,” he said. “This is going to come down to how quickly we can reach as many people as possible.”

While Diehl is well known in Whitman and East Bridgewater through his work as representative, the largest population of voters in the senate district reside in Brockton, which is home to the three other candidates. However Diehl said his work for Brockton business Sign Design allowed him to make connections with Brockton’s small business owners and also said he has found that many in the city already knew him from his battle on Beacon Hill to fight the gas tax, which was repealed by a ballot question Diehl introduced in the House.

“It’s been really great,” he said. “A lot of people recognized me from [radio interviews on] WRKO and WATD. They not only knew my name but also the work I did on Question 1.”

Mark Russo, Chairman of the Plympton Board of Selectmen, said, “I have not yet explored the positions of the candidates. I do know that small towns like Plympton are  being overwhelmed by unfunded state and federal mandates and ever increasing costs and responsibilities in a totally unsustainable  way…and therefore fervently hope the candidates and eventual elected official will keep their attention riveted to the challenges faced by town government and those paying the real estate taxes which fund town government.”

If you want to call a turkey, just talk to Randy Sullivan.   He can give you a lot of choices that … END_OF_DOCUMENT_TOKEN_TO_BE_REPLACED