You are here: Home / Archives for Larisa Hart, Media Editor

Unfortunately, due to weather, there will be a delay in posting this weeks news online. We thank you for your patience! 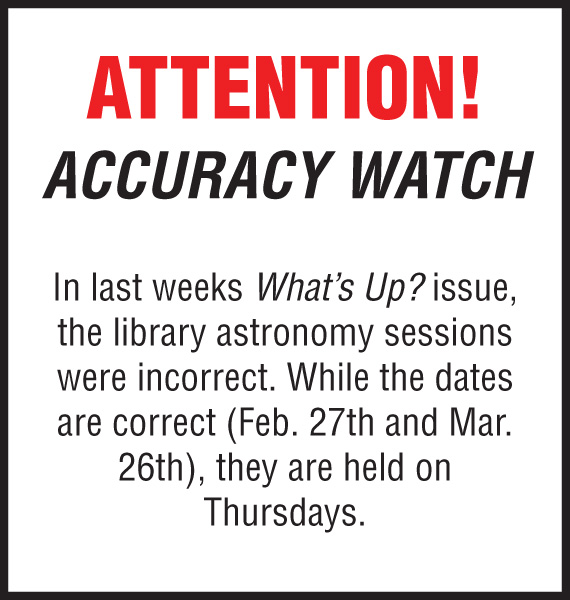 Junior Sam Shirikjian had a big day for the Lakers with a 6.89-second 55-meter dash to set a new personal best in place among all Patriot League sprinters at the meet. Shirikjian ran another personal best to place fourth overall in the 300 meters in 38.27 seconds.

Senior Nicholas Ierardi also ran a personal best to place third in the 55-meter hurdles in 8.37 seconds while Christopher Tilton ran into fifth place in the 600 meters and the Lakers’ 4×200 relay team outran Plymouth’s.

Text and Story by
Austin Schofield

On the evening of Thursday, Sept. 19, Kevin MacIsaac visited the Plympton Public Library to share his knowledge and love for folk music with a group of interested spectators.

Since a young boy, Kevin wanted to be a musician, drawing inspiration from Peter, Paul and Mary, and other like artists. Later in life, after working as an English teacher for some time, Kevin got a chance to pursue music more often, doing gigs in coffee houses, and smaller venues. Eventually, he came up with the idea for a program that could combine performance with history, and thus he created “The Evolution of Folk”, a program he has brought to many libraries and galleries.

At the library, Kevin began with a brief introduction to folk, describing it as composed of three important components. Of the genre, he said, “it’s old, anonymous, and its passed down through the oral tradition.” He explained to the crowd that, conventionally, it wasn’t written down, but rather it was passed down from generation to generation through the act of actually singing it. He went on to speak about the different kinds, including ballads, sea shanties, and more. Following this introduction and throughout his performance of the program, Kevin played quite a few songs, ranging from classic folk to work by more modern artists. Supplementing his performance, he provided more and more information as he progressed through the night.

Kevin started the show off with some traditional songs & ballads, and eventually moved on to modern songs, one of which was the notable song, Peter, Paul and Mary’s “Puff The Magic Dragon,” that brought audience members to sing along.

He also played another classic example of modern folk by Pete Seeger, “This Land Is Your Land,” and of his work, Kevin mentioned, “[he] wrote his own songs in response to the times he was in.

Traditionalists around him frowned upon the writing of new songs, but he didn’t care.” In parallel to the songs by prominent artists that he performed, he also played his own original that he titled, “If I Could Sing.”

Following this, Kevin mentioned that he has a CD project in the works, and also used the opportunity to drive home the point that, even as an older genre, folk music is still evolving today.

Kevin will be performing his program once again in Little Compton, RI on the afternoon of Saturday, November 9th, 2019.

Cathleen Drinan,
Health agent for Halifax
Special to the Express

On Monday afternoon, 9-16-19, the Massachusetts Department of Public Health (DPH) held a conference call for boards of health to discuss the aerial spraying in response to the continued seriousness of the mosquito borne virus of Eastern Equine Encephalitis (EEE).

While this aerial spraying could be considered a fourth or a continuation of the third, their point was to take advantage of our warm temperatures and do what can be done to reduce the risk of this deadly virus.

Any towns at high or critical risk for EEE, that were not covered in the recent aerial spraying are planned to be sprayed beginning the evening of 9-16-19 and continuing, weather allowing.

Some nights, the plane sprays only part of a planned area because it rains or the temperature drops below a point where it will not be effective, around 55 degrees Fahrenheit.

As with previous aerial sprayings this year, the public is to be informed after the fact.

While DPH recognizes the concerns and wishes of the public to be informed ahead of time, they have learned that they must give the pilots the choice to make the decisions, as to what can and cannot be accomplished, according to the weather conditions.

It is only after the fact that DPH can produce the map of what areas were sprayed.

That page also has the dusk to dawn time guidelines.

Protect yourself and your family. Use EPA approved repellants. Cover yourself, whenever possible, with long sleeves and pants and avoid being outdoors from dusk to dawn.

Do all you can to prevent the bite!

The Winnetuxet River Bridge is closed for repairs on Winnetuxet Road in Plympton for the next couple of weeks while the substructure posts are wrapped to give them strength.

The bridge is subject to annual inspection by the State and it has been known that the substructure is in need of repair.  An operator in an excavator was working on Tuesday to remove the large rocks under the bridge so workers can access the pilings to wrap them with sleeves to make them stronger, avoiding replacement for the time being.

They expect this part of the project to take a couple of weeks, after which the bridge will re-open to traffic as they plan the final phase of replacing the guard rails. Then they will once again close the bridge to traffic while they work on it.

“The guard rails won’t look much different from what we have now,” Ripley said.  “They’ll still be wooden.”  The planking on the bridge will not be replaced.

Ripley said he expects entire project will be completed by the first of November.

PLYMOUTH – A Whitman man has been arraigned on charges that he was operating under the influence of alcohol when he caused a crash that killed a Carver man, Plymouth County District Attorney Timothy J. Cruz announced Wednesday afternoon, March 28.

Alec Dowie, 51, of Whitman, was arraigned in Plymouth District Court on one count each of Motor Vehicle Homicide and Operating Under the Influence, third offense. He pleaded not guilty today in Plymouth District Court and was held on $5,000 cash bail with conditions that he does not drive, he submit to daily drug and alcohol monitoring, and that he surrender his passport.

On Febr. 6, at 6:45 p.m., Halifax Police and Fire personnel responded to the area of 38 Monponsett Str., for a report of a two-car crash. Upon arrival, police found that a 2018 Dodge Challenger operated by Dowie, had crossed into oncoming traffic and collided with a 2005 Honda CRV operated by Richard March, 78, of Carver. Both operators were transported from the crash scene for treatment of their injuries.

March was taken to Brigham and Women’s Hospital in Boston where he succumbed to his injuries just after 9 p.m. that same night.

The investigation found that Dowie had a Blood Alcohol Content Level of 0.084 and Dowie tested positive for Fentanyl, Heroin, Cocaine and Opiates in his system. Dowie told investigators that he took a Percocet prior to the crash.

Dowie was arrested by Whitman Police on Monday, March 26 on an outstanding warrant. He is next scheduled to appear in court on June 6 for pretrial conference. 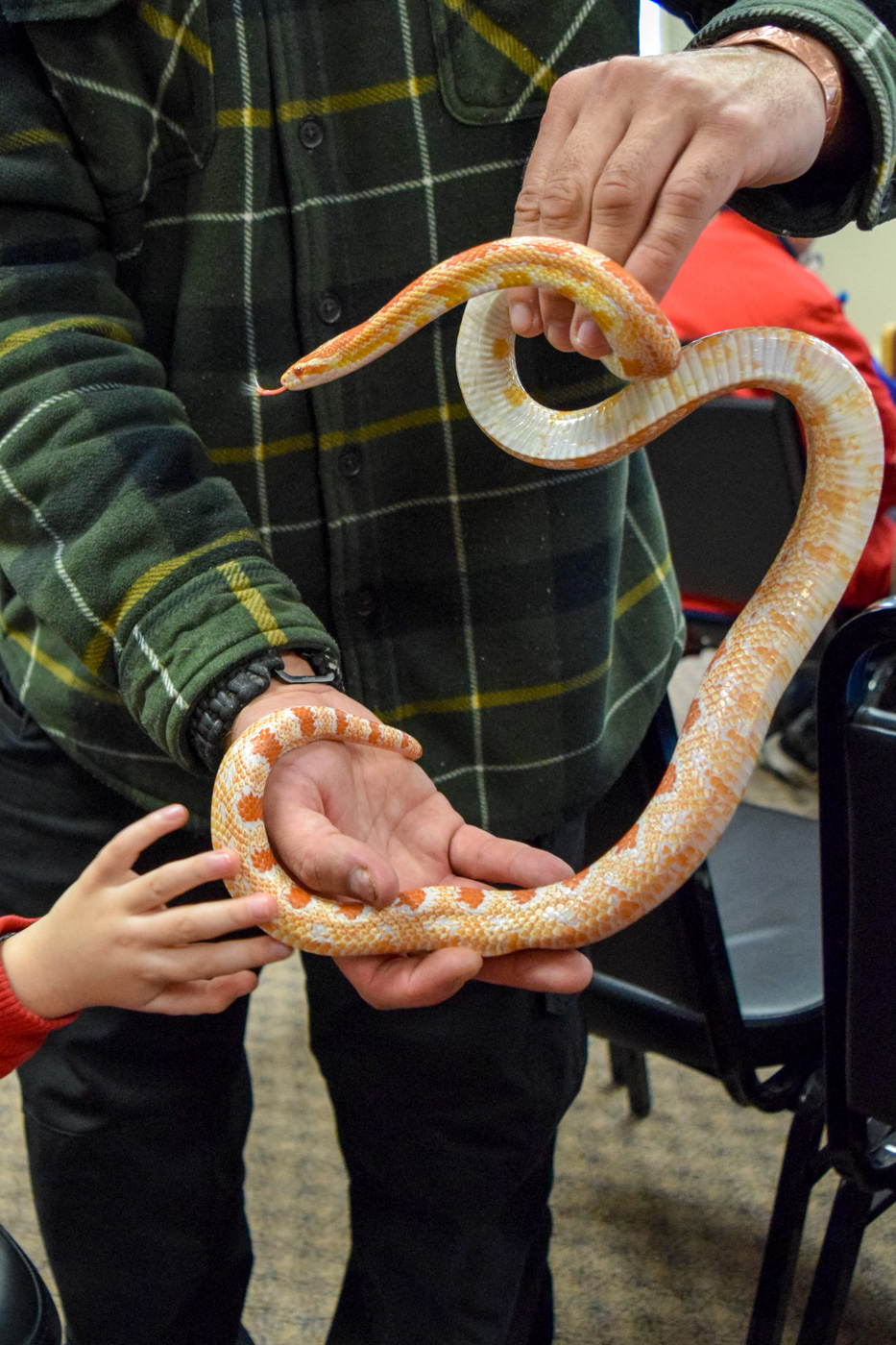 Creamsicle the orange Corn Snake stuck its tongue out as it was meeting all the guests. 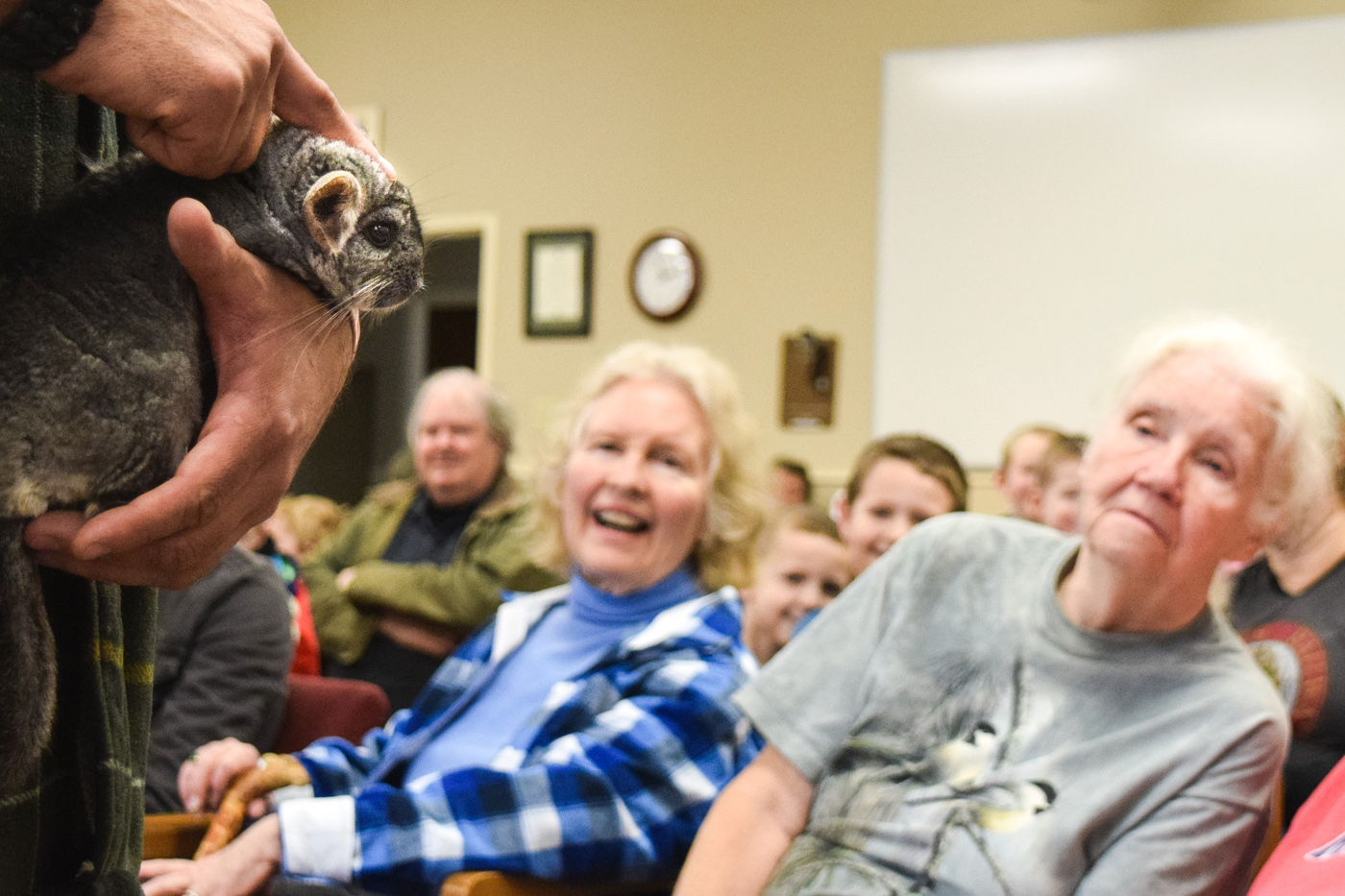 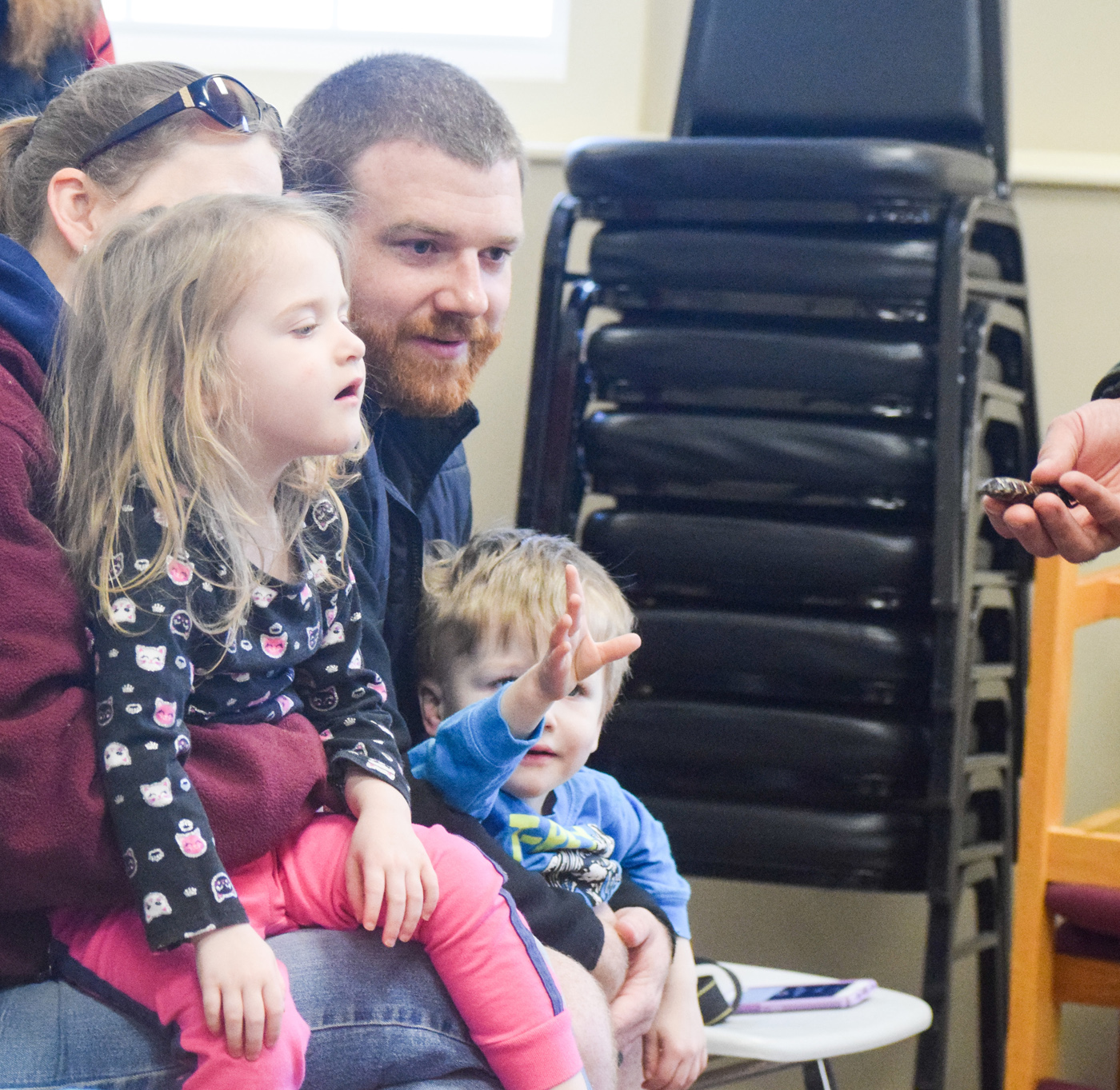 Twins Connor and Olivia Alcombright, 3, of Kingston had different reactions to the Hissing Cockroach. 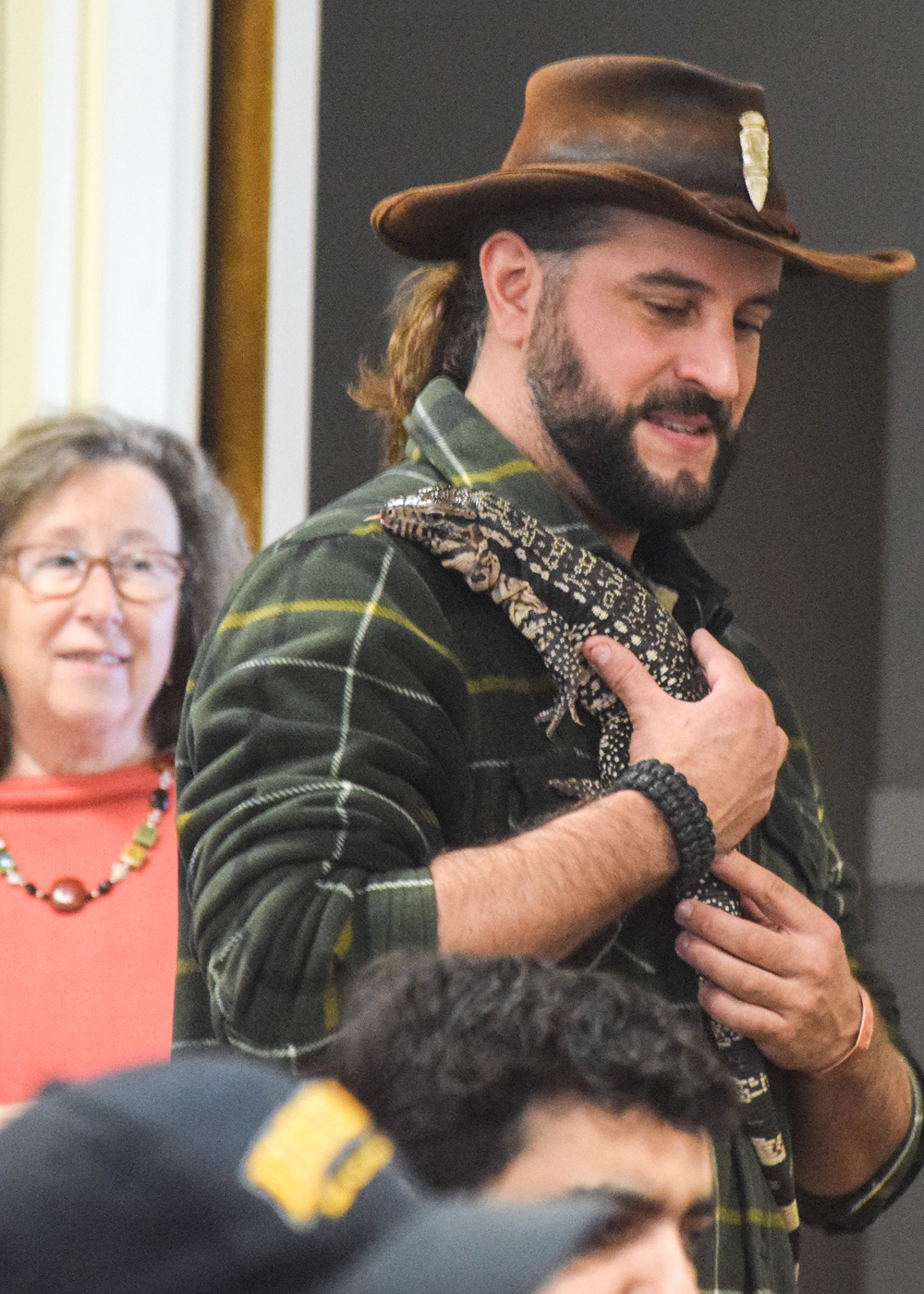 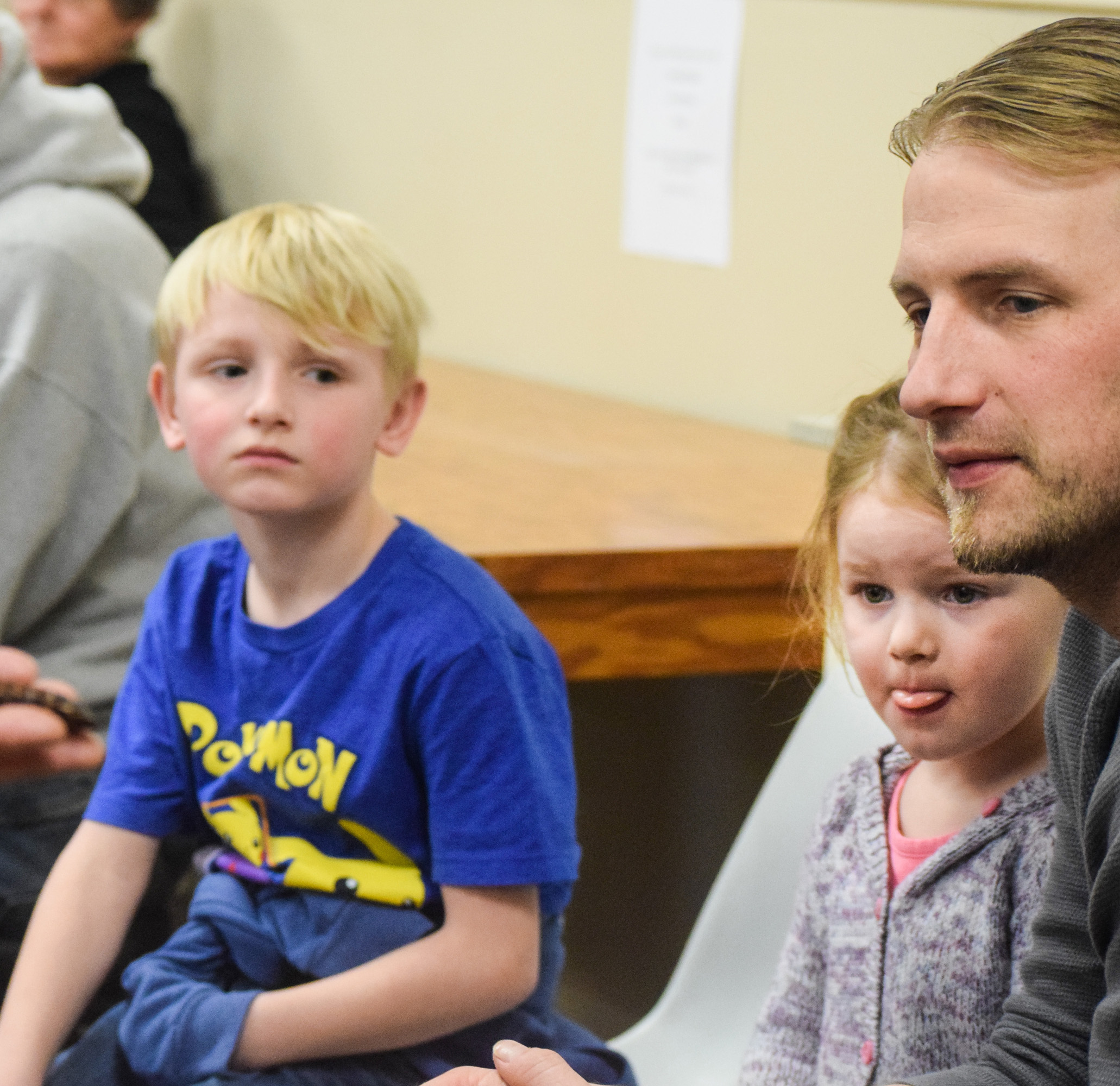 Ania Player, 4, of Plympton stuck her tongue out at the Hissing Coach Roach as Matt Gabriel of Animal World Experience explained his habitat. 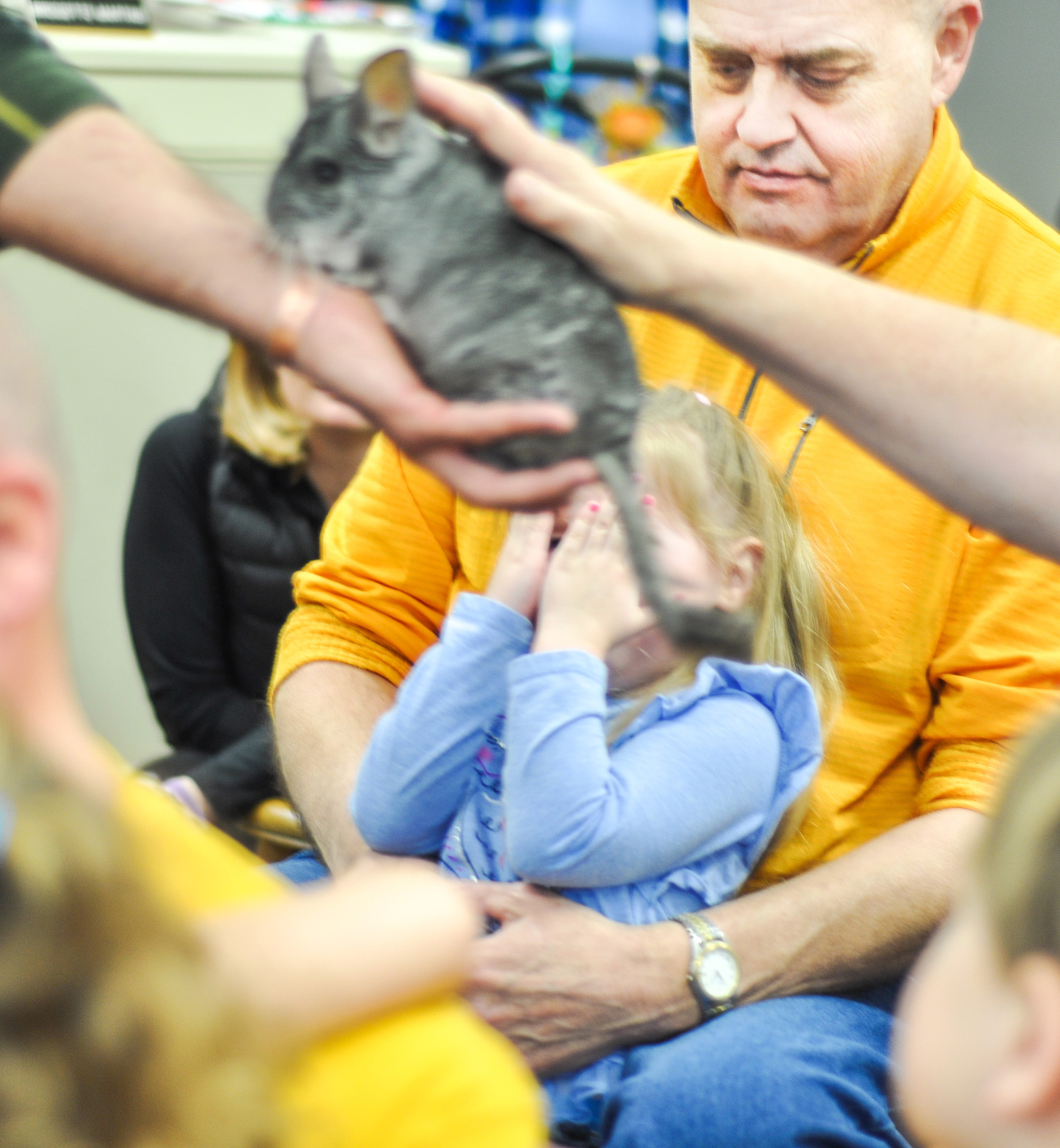 George Anderson held his granddaughter Madilyn, 3, as she shielded her eyes from Rudy the 15 year old Chinchilla. 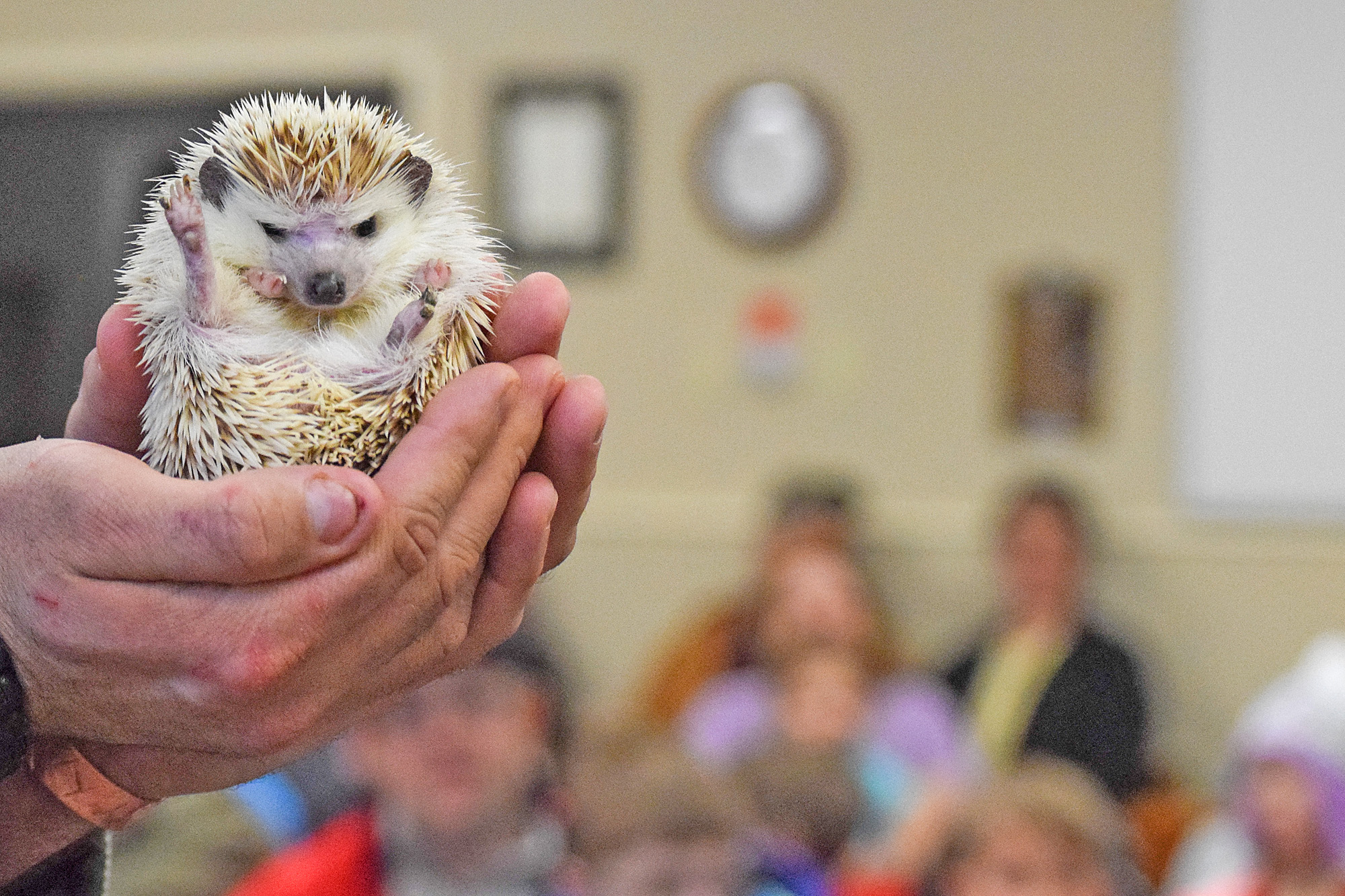 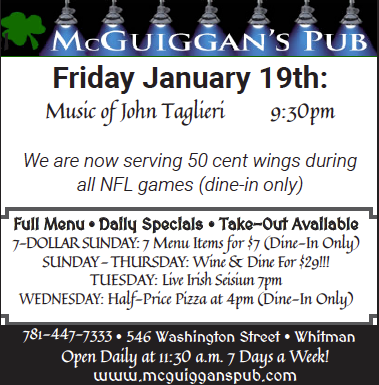 Last week Silver Lake Regional High School wellness teacher Marlene Lopes along with Karen Triangle the principal’s secretary, dropped off a check to Dana Faber South Shore Hospital Breast Care Center for $9875.    The amount is the result of two weeks of fundraising activities and events that brought awareness to Breast Cancer. Along with the check was a basket full of pink painted rocks with inspirational messages created by the soccer team for the patients of the Dana Faber South Shore Breast Care Center. 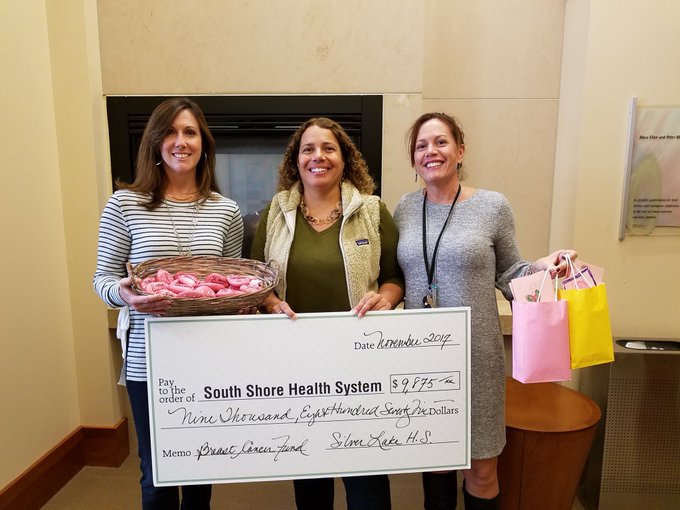 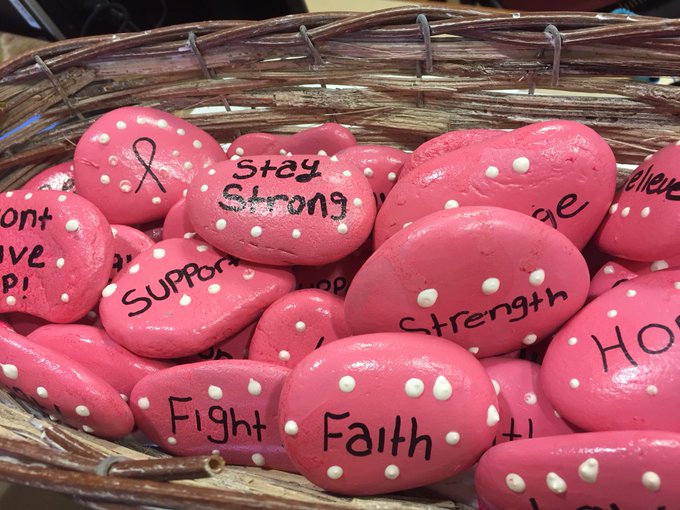 The Plympton Board of Selectmen met virtually on the evening of Monday, Jan. 23. Chair Christine … END_OF_DOCUMENT_TOKEN_TO_BE_REPLACED