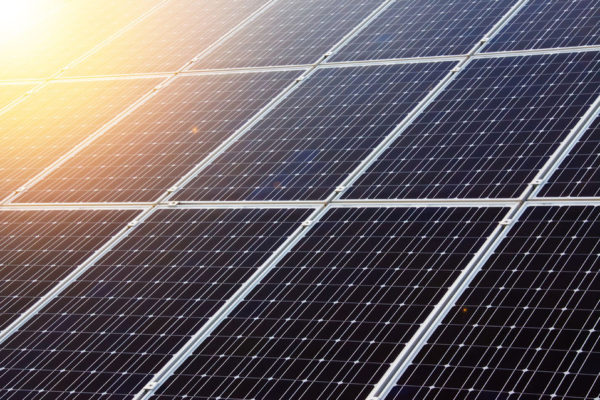 PLYMPTON — The Plympton Board of Selectmen met without Selectman Christine Joy, who was ill, Tuesday, March 25, 2019. The meeting was brief, although Selectmen Chairman John Traynor and Selectman Mark Russo took on a few high-profile agenda items in her absence, including a proposed zoning bylaw amendment that would cap the number of solar projects in town, an update on the Public Safety Building and a discussion of unforeseen repair and maintenance costs.

The Selectmen discussed a zoning bylaw amendment to appear on the Annual Town Meeting warrant, proposed by the Planning Board, which would cap the number of large solar facility projects in town at a maximum of eight.

The board expressed their support for the proposal, which defined large solar projects as those that produce more than 250 kw of electricity or more. The bylaw proposal would also limit these solar facilities to being sited on 10 acres or less of land. All solar projects would continue to require a special permit.

Solar energy facilities used exclusively for the purpose of agriculture – with the electricity entirely used on premises – would be exempt from these restrictions under state law.

The bylaw wording is based on a bylaw from New Braintree, a town in western Massachusetts, that implemented a similar cap on their solar facilities by a narrow, two-vote margin at a 2017 Special Town Meeting.

At first, when Town Administrator Elizabeth Dennehy brought up the concept of limiting solar facilities, Traynor asked, “Why would you want to do that?”

She responded that there were already a number of solar developments in town, and that there’s a general concern of them changing the character of Plympton.

Traynor was persuaded after some discussion.

“I’m very much in support of this [amendment],” said Russo, although he added he supported renewable energy.

Russo added he was concerned about deforestation of land as well as the impact of solar arrays on the beauty of the town.

The Selectmen affirmed their support of the proposed amendment to the Planning Board.

The Planning Board, in conjunction with the Selectmen, will hold a public hearing to review the proposed amendment Tuesday, April 16, 2019, at 6:45 p.m. in the small meeting room of Town House.

Russo reported on the Public Safety Building, and although construction is being completed slightly behind schedule, he announced some definitive milestone dates, noting, “the endeavor is finally coming to an end after eight years.”

Paving for the building is scheduled to begin April 15. A septic repair job needs to be completed behind the Town House (a $2,500 contract was awarded later in the meeting for that project to a local contractor) before the paving gets underway.

The Public Safety Building open house and dedication will be held Saturday, May 11.

The police will begin to move out of their current quarters May 14, and the new station is expected to be operational in late May.

“It’s really nice,” Russo said of the building. He added that Plympton constructed its police station for less money than many other towns in the state.

The Selectmen also signed the licenses for Verizon to install necessary utilities for the building.

Dennehy brought up unforeseen expenses the town recently incurred, specifically at the fire department, and the discussion that ensued revolved around the need to make budgets generally more realistic of the fact that there will be unforeseen expenses, “since stuff breaks,” as Russo put it.

A failure of the generator at the fire department last year resulted in a $2,000 deductible from the town’s insurance plan, Dennehy said. Additionally, the fire station’s electrical box needs complete rewiring before the new exhaust system goes in. That will cost the town about $4,300.

Another possible unexpected expense is due to a damaged pump on Engine 2 recently discovered during the course of repairs. Captain John Sjostedt, the department’s public information officer, contacted after the meeting, did not have information on the exact nature of the damage or costs, yet, but he says it may be manufacturer related or covered by insurance.

Russo was concerned about the situation and said that department budgets need to be more realistic in terms of unforeseen expenses, agreeing with Dennehy that these types of expenses need to be handled differently in the future.

• Jill Palenstign was appointed as temporary part-time senior clerk to assist in the clerk’s office through June 30.

• Town Administrator Elizabeth Dennehy announced that the town had been awarded $200,000 in Green Communities grant money. The grant is used to reduce municipal energy use and costs. It will be used to complete last year’s Green Communities projects as well as support new projects.

• The board closed the Annual Town Meeting Warrant.

• Various items were declared surplus from Two Brooks Preserve and can now be sold, and money made from the sales will be returned to the general fund.

The Plympton Board of Selectmen met virtually on the evening of Monday, Jan. 23. Chair Christine … END_OF_DOCUMENT_TOKEN_TO_BE_REPLACED