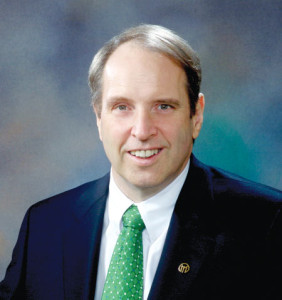 State and local officials who have worked with state Sen. Thomas P. Kennedy, D-Brockton, expressed shock and sadness at his death.

“Senator Kennedy proudly represented the 2nd Plymouth and Bristol District in the Massachusetts State Senate since 2009,” Kennedy’s family noted in a brief statement Monday morning. “Prior to joining the Senate, Tom served as a State Representative for his beloved city of Brockton since 1983.

Senator Kennedy also served the city of Brockton as a City Councilor and as the city’s first Ombudsman.

“He will be deeply missed by all who knew him,” the Kennedy family stated.

Statehouse colleagues were also deeply affected by news of his death.

“From the time I met Senator Kennedy, when he was visiting the Whitman Finance Committee meeting when I was still a member, to just a few weeks ago when we saw each other at the East Bridgewater Memorial Day ceremony, he was always active in the community and available to talk about legislation pending at the State House or to celebrate the retirement of people who had served their towns or the state after years of service,” said state Rep. Geoff Diehl, R-Whitman.

While Diehl said it was an honor to serve and work with Kennedy to pass not only local home-rule bills, block grants to fund senior housing, and critical financial reform bills, he also appreciated Kennedy’s personal touch as a constituent.

“Just a year ago, Tom was good enough to take the time to come and speak at the ribbon-cutting of the new studio facility for my wife’s business in Hanson and it seems hard to believe that a year later, he is gone,” Diehl said. “His life was dedicated to spending time with the people of the towns he represented and his passing is a great loss to us all. I ask that we all remember him as the great public servant he was and that we pray for his close friends and family at this difficult time.”

State Rep. Thomas J. Calter, D-Kngston, had this to say:

“I feel blessed to have known Sen. Kennedy as a legislator and as a friend. I was fortunate to have shared several personal moments with him over the last ten days. His sage words of advice will never be forgotten. Tom set the standard for those of us who choose to work in service to others. God broke the mold when He made Tom Kennedy.”

Kennedy had been a quadriplegic since 1970, when he broke his neck in a fall while washing windows. He was a 19-year-old seminary student at the time.

“He was a great guy. He helped a lot of people, he was very humble,” said his cousin, Fran Cruise, who works with Old Colony Elder Services. “You’d try to thank him for something and he’d say, ‘Oh, no, no, no, I don’t want any praise.’ This is how he was. It’s sad.”

Cruise indicated that Kennedy had been ill for a while, having undergone “major surgery” in the fall and battled pneumonia a few weeks ago.

“He was always out — functions, everywhere — and that stopped him,” she said of the surgery. “I know that affected him because he was [usually] never home.”

If you want to call a turkey, just talk to Randy Sullivan.   He can give you a lot of choices that … END_OF_DOCUMENT_TOKEN_TO_BE_REPLACED