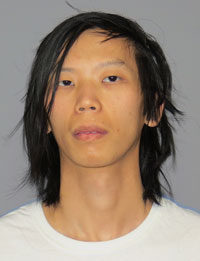 He was arraigned Wednesday morning in Plymouth District Court according to the Plymouth County District Attorney’s office. Dang pleaded not guilty and is being held without bail.

Police allege that Dang stabbed a female victim to death, Marissa Randall, 19, of Revere. It appears that the victim was involved in prostitution, leading to her death at the hands of Dang.

Dang aroused suspicions when a missing Duxbury teenager  was located by tracking her cell-phone to an address on Wamsutta Avenue around 3:30 p.m. Tuesday.  Halifax police located the missing individual and returned her to Duxbury police.  Due to the Duxbury investigation, “a witness” reported seeing blood in Dang’s house, and the possibility of a body.

Halifax police were then notified by Duxbury police of this turn of events. When Halifax police arrived at 46A Wamsutta Avenue, Dang invited them in without any objection. Police observed what they believed was blood on the floor and a female body wrapped in a blanket.

Next, State Police were contacted, and detectives determined that Dang and Randall were familiar with each other, having met on a social networking app called “Meet Me.”

This was their second meeting, and had agreed on an amount of money to be exchanged for sexual services.

A disagreement over money led to a struggle, and eventually the stabbing death of Randall, who was stabbed six times, authorities said. 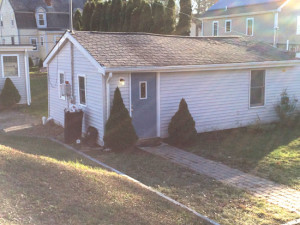 Police allege that Soi Ket Dang stabbed a female victim to death at his apartment in Halifax. Photo by Abram Neal

District Attorney Timothy Cruz said in a statement that, “This was a particularly gruesome case where Mr. Dang stabbed the victim, left her and then went on to work and the rest of his day […] I want to commend State Police and Halifax Police investigators for their quick response and efforts in this case.”

Wednesday afternoon, Wamsutta Avenue was quiet. The street is tucked into a quiet neighborhood, nestled between the East Pond and West Pond of Monponsett Lake. A succession of various members of the media slowly stopped by the small, detached unit known as 46A Wamsutta Avenue, a stone’s throw from Our Lady of the Lake Church.

There was no evidence of police or forensics activity on either property. A town official who was not authorized to speak on the matter confirmed that the body was removed on Tuesday night.

A neighbor arriving home with his dog, who did not wish to be identified, stated that the property was usually quiet. When asked by a Boston Globe reporter if it was a “party house,” the neighbor said he wouldn’t characterize it that way.

“We went to bed around 12:30 last night, and there were a lot of police, but the police were all gone by the time we woke up on Wednesday morning,” he said as he walked into his house.

Police Chief Edward Broderick released a brief statement thanking his department for their work on the unusual case.  “Although a tragic event, I have to credit the two responding officers for doing an outstanding job. If not for their commitment and desire to follow thru (sic) on seemingly little information, we may have not been able to make an arrest and bring this person to justice. I’d also like to thank the rest of the department for coming into support the operation without regard for all the other things going on in their schedule.”

Selectmen Chairman Kim Roy wished to assure the townspeople that they are safe.   “Chief Broderick has assured the board that this is an isolated and rare incident,” she said. “The people of Halifax should rest assured that our public safety agencies are working together with their State and Federal counterparts 24/7 to keep Halifax the safe and serene town that it always has been.”

Roy also echoed Chief Broderick’s praise for the two initial responding officers, Rob McDonnell and Mike Schleiff. “We are lucky to have such diligent police in Halifax,” she said.

The Plympton Board of Selectmen met virtually on the evening of Monday, Jan. 23. Chair Christine … END_OF_DOCUMENT_TOKEN_TO_BE_REPLACED