You are here: Home / Breaking News / Town elections see only one contest 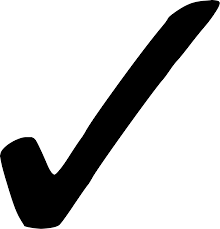 With Election Day Saturday, May 18, the only contest on the ballot in either Plympton or Halifax is that for Halifax selectman, the seat left vacant by Kim Roy, who is moving to Hull.  The two candidates have much in common, and hold definite views on town government and finance.

Tarsi chose to settle in Halifax in November 2015. “Although I’m not originally from Halifax, my background in politics gives me a broad view,” she said. “I knew I wanted a close-knit community where I could put down roots.”

Tarsi has worked as an assistant professor at Bridgewater State University since 2014, where she teaches American politics, state and local government to undergraduates and also teaches in the Masters of Public Administration program at the university. She expects to be a tenured professor next year.

Several years ago, she filled out a talent bank form for the town.   “I wanted to get involved,” she said.

Tarsi began her service to the town with the Finance Committee, which she said was “a big learning curve, but I [am] so glad I did it.”

This is her second year and third budget cycle on the committee of which she became chair this past summer.

“I approach a lot of issues with an eye towards research. I go in without a predetermined mindset,” she added.

“Something that’s come through loud and clear,” she said of the challenges facing Halifax, “are property taxes and property tax rates and keeping them low.”

She also pointed out that citizen involvement in town is low, and that she’d like to see more people at Town Meeting and “more people’s voices involved in the process.”

As a researcher, Tarsi said she values gathering evidence before making decisions.

One idea she’d like to see if elected Selectman is a citizen task force to address quality of life issues. She’d also like to see more online communication from town government, if there is evidence that that would increase participation.

She said she’d like to encourage people to come out to vote on election day.

“I consider Gordon a friend,” she said of her competitor in the race, Andrews. “I joke we even picked similar colors for our yard signs.”

Tarsi has been endorsed by retiring Selectman Chairman Kim Roy.

Andrews was asked what keeps him in Halifax. “The people,” he said. “Being close to family and friends is important to me,” he added.

He has served on the Finance Committee, including as chairman, and currently sits on the Silver School Regional School Committee and Halifax Elementary School committees.

He has a daughter at the elementary school.

He’d like to address issues with the services the town provides and the affordability of them.

“I think the cost of where we live compared to the commercial base affects the residents in a negative way,” he said.

Andrews says he’d like to attract businesses and have more of an outreach to current businesses.

He’d also like to see the town work more regionally. He even suggested a regional Council on Aging with Plympton and Kingston.

“I don’t think the town has the financial ability to fund a new building and then staff it,” he said.

He added, in terms of regionalization, “Fire should be looked at again. At least ambulance service. I don’t think that long term all the towns around us are going to be able to afford it like we did at the school.”

He said he’d reach out to more school-aged parents to serve on committees and boards.

“There are not enough volunteers. I’d like to see more of an outreach to ask people to get involved … I’d invite them to come to a meeting,” he added.

He’d also like to see more people at Town Meeting and might even support changing the date and time to accommodate more people.

“I’ll bring a different view point to the … board,” he said, when asked what makes him different than his opponent. “I have a lot of respect for Melinda. If I wasn’t running against her, I’d be voting for her.”

If you want to call a turkey, just talk to Randy Sullivan.   He can give you a lot of choices that … END_OF_DOCUMENT_TOKEN_TO_BE_REPLACED