You are here: Home / Breaking News / Growing Pot in Plympton

On Monday, Jan. 4, Plympton Selectmen met to discuss what appeared to be a very short agenda. Yet, a surprise lurked in the “Appointments” section of the agenda. Only a resident’s name and “Agricultural venture” gave away any type of hint as to the surprise that would come with the 6:30 p.m. appointment. 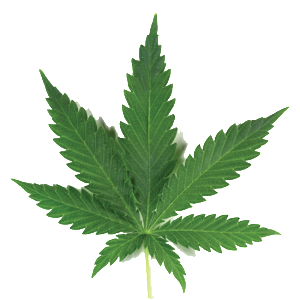 The resident, local farmer Jeff Randall, is proposing to build a medicinal marijuana growing facility, commonly known as a “grow-op”, on his farm on Ring Road. The marijuana, according to Randall, would             be grown indoors, in soil in a 60 foot by 180 foot enclosed building. He presented a very detailed written proposal to the Board, detailing the entire licensing process. He specifically noted that he is not proposing a medical marijuana dispensary in Plympton (a place where medical marijuana is sold to patients).

Although marijuana is still considered illegal at the Federal level, at the State level it has been “decriminalized” for recreational use and legalized for medical use with a doctor’s prescription. The Commonwealth has stringent regulations for growing marijuana and selling it to patients medicinally, and Randall noted that he was still early in this    process.

At some point, he needs either a letter of support or a letter of “non-opposition” from the Board of Selectmen. Randall noted that he was quite likely in front of the Board prematurely, but was seeking input from the Selectmen to get a feel for where they stood on the issue.

The responses of the Selectmen were as interesting as the proposal.

The Board had clearly done their homework and asked detailed questions about security, abutters, the licensing process and Randall’s future intent with his property. The Commonwealth requires stringent security, and Randall had already had what he described as a productive meeting with the Police Chief. He stated that he hadn’t spoken to every abutter, but those that he had spoken to were enthusiastic and he has no intention of giving up his other farming activities, which include cultivating cranberries and boarding horses.

Selectperson Christine Joy spoke first when it came time for the Board to express where they stood on the proposal. Joy initially stated that she was opposed and personally uncomfortable with the idea. “I’m not a huge fan. I don’t think it is a good fit for the town … But if the townspeople support it, I support it.”

Selectperson Colleen Thompson spoke next. Typically she appears to listen very carefully, take everything in and ask a few pointed questions. This night was no different. She didn’t have many questions, but she stated that she “was not opposed.” Thompson said that she wasn’t sure if she would lean more towards a letter of support or a letter of non-opposition, but in any case would not stand in the way of Randall.

Selectmen Chairman Mark Russo enthusiastically supported the proposal. Citing that Plympton is a “right-to-farm” community, that he encourages expanding agriculture in town, the revenue such a venture could bring in taxes and his own interest in herbal medicine and noting  that his brother is a world-wide expert on the medical use of marijuana, he was whole-heartedly on board provided the appropriate other town boards approved the proposal.

The Board plans to set aside time at their January 25th meeting to seek public input and hear more from Randall.